The following is a selective guide of resources available in the Cal State LA Library or through the internet useful for researching the Latino/Chicano community in the United States.

What is a Primary Source?

Primary sources are first-hand evidence related to the time or event you are investigating. This includes accounts by participants or observers and a wide range of written, physical, audio or visual materials created at the time or later by someone with direct experience.

In the sciences and social sciences, primary sources or 'primary research' are original research experiments, studies, or observations written about by the researchers themselves.

Primary sources such as autobiographies, diaries, letters, photographs, and other documents are often reprinted in books. Search the library with OneSearch and combine your topic with descriptions like these. Sometimes just adding the word "sources" to a search can help you find primary sources.

Below are examples of books containing primary sources that can be found in the CSULA Library. 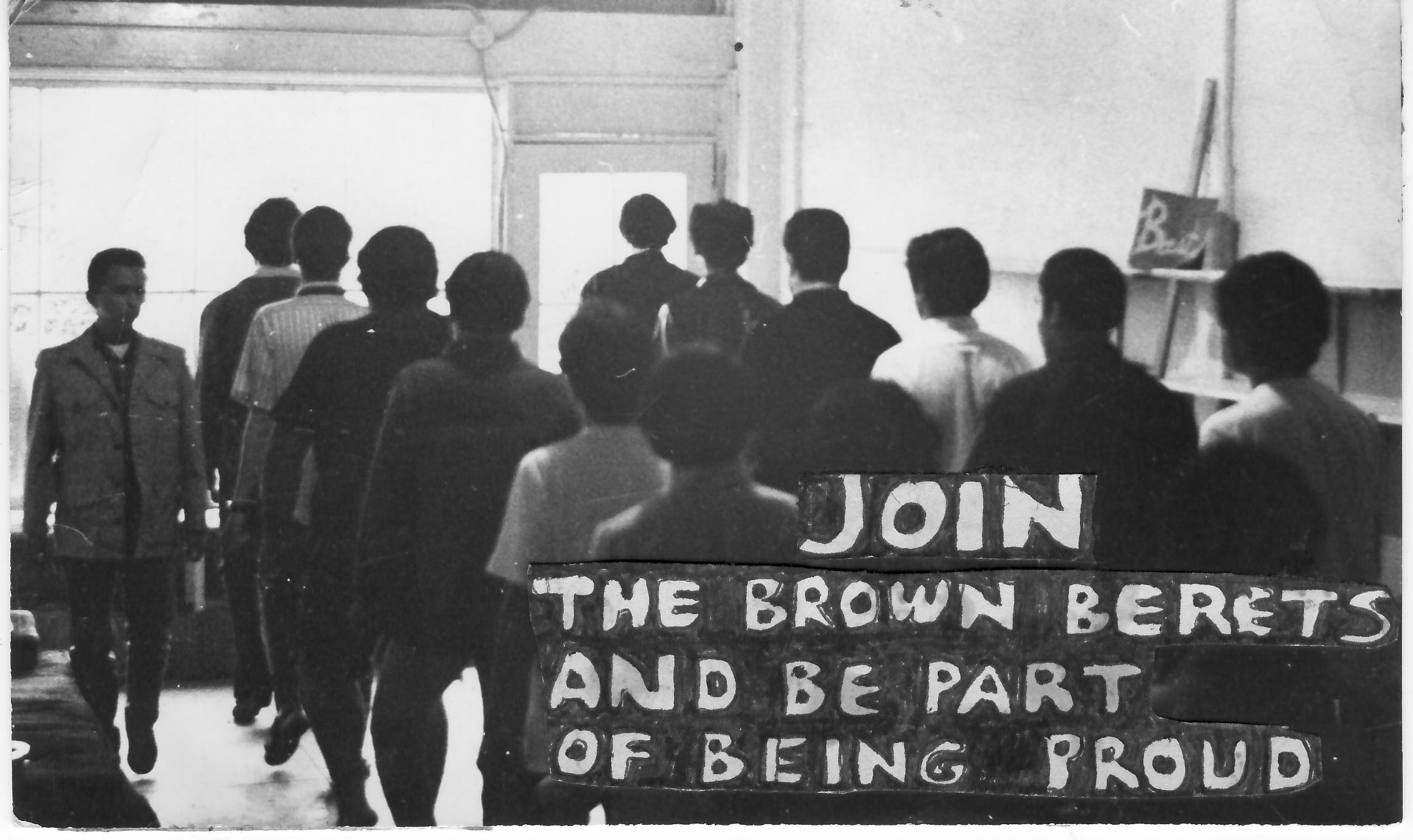 Gloria Arellanes (1946- ) was born in East Los Angeles and raised in El Monte, California. She attended El Monte High School in the early 1960s and in the mid 1960s she worked in the Neighborhood Adult Participation Project in South Los Angeles. In the late 1960s she became Minister of Finance and Correspondence of the Chicano Brown Beret organization’s founding East Los Angeles Chapter. As Minister of Finance and Correspondence she wrote press releases, letters, and edited La Causa, the East Los Angeles based Brown Beret Newspaper. She also served as administrator of El Barrio Free Clinic and was a member of the National Chicano Moratorium Committee (1969-1970). She attended the Poor People’s Campaign in Washington, D.C. (1968), and the Denver Youth Conferences (1969 and 1970). After leaving the Brown Beret organization in early 1970, she organized the women’s group, Las Adelitas de Aztlan. She also coordinated la Clinica del Barrio and continued as a health care worker through the late 1970s. 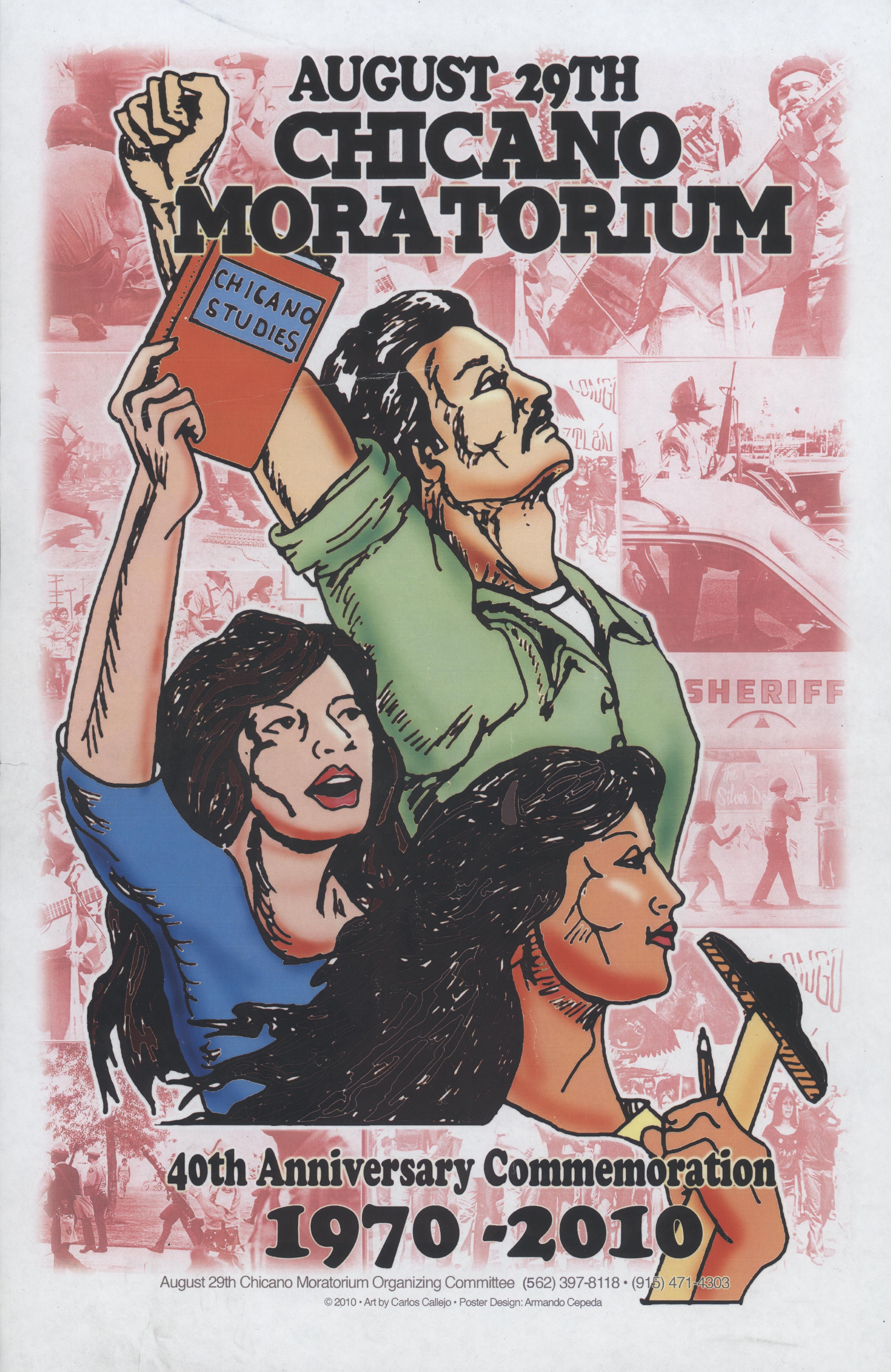 The materials in this collection were created from 1970-2010. The bulk of the collection includes posters and publications. The posters pertain to Chicano Theatre and rallies through the 70s and 80s. The theater productions were produced by El Teatro Campesino, Teatro de la Gente, and Teatro Urbano. The collection also contains publications of theatre programs, magazines and newspapers. Some of the magazines and newspapers include El Foro del Pueblo, Huelga, and La Raza. In addition, the collection contains photographs of the guerrilla military and political organization in El Salvador, Fuerzas Populares de Liberacion (FPL). The collection contains information and history of Chicano/Latino struggles and activism during the Chicano movement in Los Angeles.

InnerCity Struggle (ICS) works with youth and community residents to promote safe, healthy and non-violent communities in the Eastside of Los Angeles. ICS began as a project of Proyecto Pastoral at Dolores Mission and launched as its own independent community organization in 1994. The founding Executive Director Maria Teixeira, led the organization forward based on a vision of building and promoting a safe, healthy and non-violent community in Boyle Heights by organizing and mobilizing community members to achieve that mission.  As co-founder of InnerCity Struggle, Luis Sánchez launched the youth organizing component United Students and the parent organizing component Familias Unidas.

Mexican-American Baseball in Los Angeles: From the Barrios to the Big Leagues was a collaborative event developed by the Baseball Reliquary, a Pasadena-based nonprofit organization, and the John F. Kennedy Memorial Library. The project focused on the historic role that baseball played within the Mexican-American communities of Los Angeles County and the greater Los Angeles metropolitan area. In addition to the exhibition (March 26-June 9, 2006), the CSULA University Library hosted a reception on April 9, 2005.The exhibition and the project moved to CSU, San Bernardino in 2008 and was renamed, The Latino Baseball History Project: The Southern California Experience. 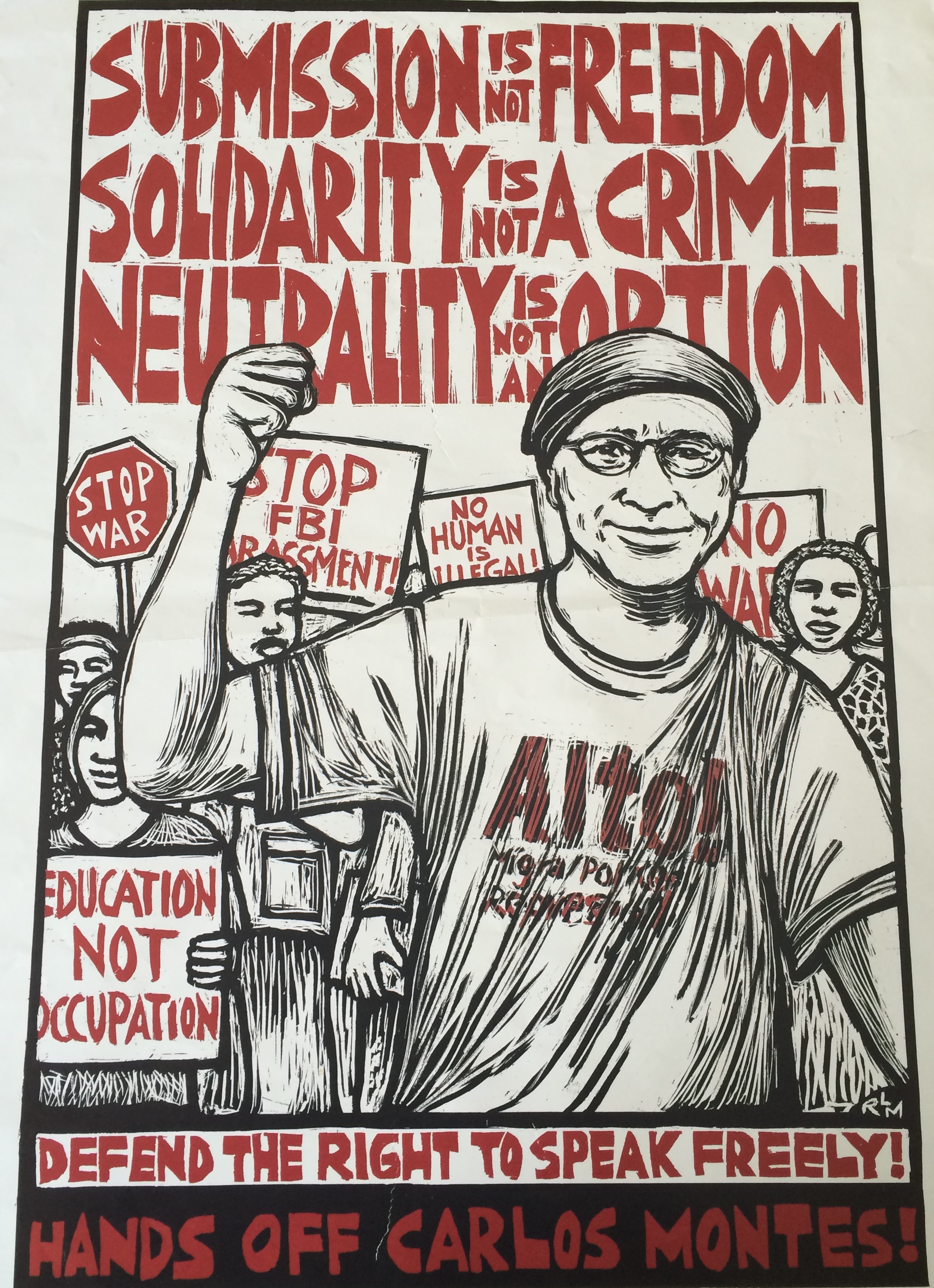 Carlos Montes (1947- ) is a nationally respected leader in the Chicano, immigrant rights, and anti-war movements. Montes was born December 28, 1947 in El Paso, Texas while his family lived in Juarez, Chihuahua, Mexico. As a leader in the Brown Berets, he organized the first protest at the East L.A. Sheriff’s station against police brutality in the winter of 1967. He helped to lead the Brown Berets into a national organization with chapters in the Southwest. Additionally, he was a leader and organizer in the historic East L.A. Walkouts in March of 1968, which led to major reforms and changes in the Los Angeles Unified School District. He was indicted by a secret L.A. County Grand Jury and arrested for conspiracy to disrupt the school system with many other charges in what became known as the East L.A. 13 case; charges later dropped.

David Sandoval is the former Director of the Cal State L.A. Educational Opportunity Program (EOP) from 1981-2008. An EOP graduate, Sandoval entered the program in 1969 as a special admit student. During the 1960's, he was a student and community activist (UMAS, MECHA, Brown Berets); combining his media talents with his concern for the community by writing and producing short video and film documentaries.

An exhibition catalog is a work published to document an exhibition, and includes a list of works exhibited. It may also contain illustrations, introductory essays, analyses of the works of art, biographical information on the artists, etc.

Use this link to view The Pacific Standard Time: LA/LA Exhibition Catalog Collection

Boyle Heights is a historic neighborhood of Los Angeles, California which was diversely populated by Jewish, Latino, Russian, and Japanese Americans in the mid-Twentieth century. It was once home to the largest Jewish community in the Western United States, however many Jewish families left because of the freeway development in the community and banks redlining the neighborhood.

This collection represents the initial accession of the Boyle Heights Archive in 2005. This archive was initiated to serve as a setting for studies that explore the ongoing history of Latino/Chicano/Jewish community relations of Boyle Heights.

The collection comprised of publications and materials related to Central American Solidarity Networks in Los Angeles from the late-1970s to mid-1990s. The collection also contains publications and political posters relating to advocacy for militant revolutionary organizations in the country, liberation theology, human rights, U.S. intervention in Central America, and literacy projects in Nicaragua.

Julian C. Nava (1927-) served on the Los Angeles City Board of Education, and was a United States Ambassador to Mexico. Nava grew up in East LA and studied at East Los Angeles Community College before transferring to Pomona College. In 1955 Nava received his Doctorate in Latin American History from Harvard University. Nava is currently retired, he holds the title of emeritus professor at CSU Northridge.